I saw this planter on Apartment Therapy and thought that I'd like to try to make it.  I have a small stash of old sweaters that I've felted to make ready for all sorts of projects. Here is the sweater after I've cut it up a bit. 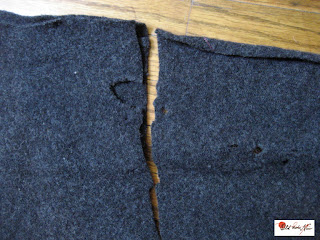 There were several holes in the sleeves and sweater body. 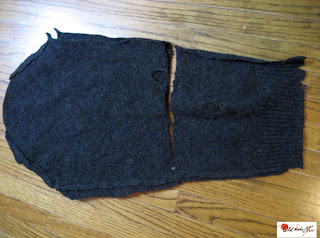 I flattened out the sleeves and cut off the part toward the cuff. 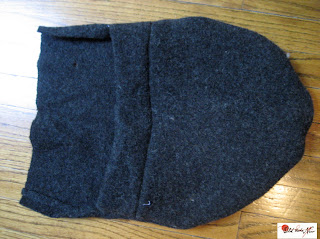 I sewed a hem into the top sleeve, sewed the two sleeves together, right sides facing each other, and turned it inside out.  I left a three inch section on top for hanging hardware. 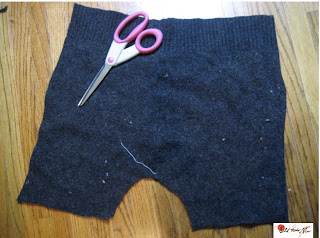 I flattened out the two body pieces and trimmed off the rounded part of the armhole. 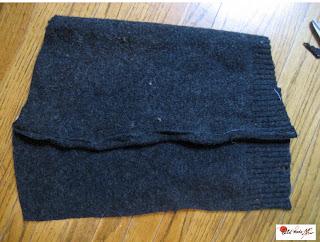 I hemmed one edge, then folded the piece up, leaving a three inch rectangle for hanging hardware. 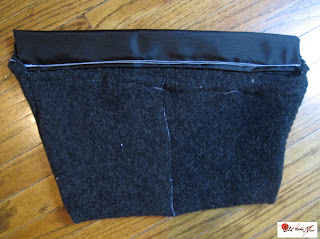 I sewed up the sides, turned it inside out and stitched up the middle, making two pockets.  I also used a make-shift bias tape out of nylon to reinforce the hanging hardware. 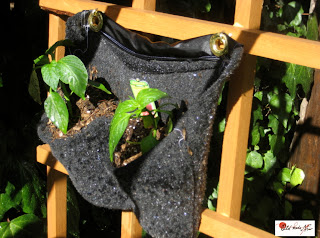 Here is one of the double pocket planters from the sweater body with grommets attached, allowing it to hang from simple hooks.  I love grommets.  It's holding pepper seedlings. 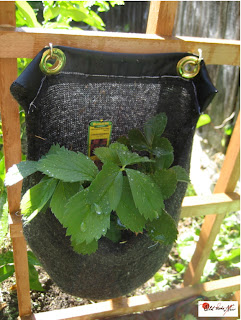 Here's the sleeve pocket holding two strawberry plants.  I'm really hoping that having the berries up high will keep critters from eating them before we have the chance to. 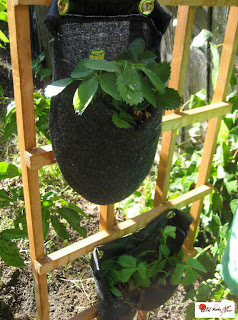 So far, the pockets are holding up well, draining at a slower rate than traditional planters with holes in the bottom, and aren't leaking out any dirt and mud.  I'll be very interested to see how long they hold up, but considering that they were FREE (since I had all the supplies sitting around already) and only took one of my twins' naps to make, I won't cry if I have to remake them next growing season.
Posted by Natalie at 2:27 PM No comments:

One way that I regularly use up my leftovers is by making flatbread pizzas with them.  The whole
wheat ones from Trader Joe's are a staple in my kitchen. 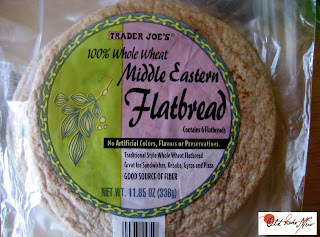 One night for dinner, we had grilled chicken, rice, stir-fried vegetables, and a Thai peanut sauce.  I made plenty of chicken because I love having leftover food!  How great is it to cook once and make at least two meals?  Luckily, my hungry mungries didn't eat everything I had made for dinner, so I had plenty for flatbread pizzas the next day.  It's so easy to make quick, tasty, healthy, and CHEAP pizzas this way.  Frozen pizzas are such a racket!
I chopped up the grilled chicken. 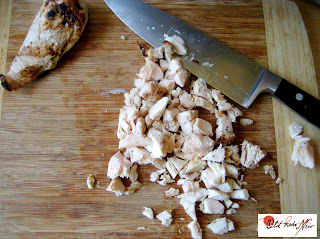 I always want to sure that my kids are getting a variety of veggies in their diet.  One of them wouldn't think twice about eating every single thing in this bowl, but the other two have a handful of go-to veggies that they'll eat, and I'm just thankful that a few different colors are represented. 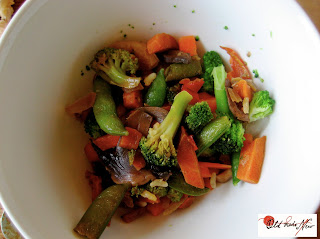 When I make pizza, I grind the veggies up so that the kids just see them as part of the sauce.  My immersion blender did this right in the bowl.  It's quick to do and quick to clean up! 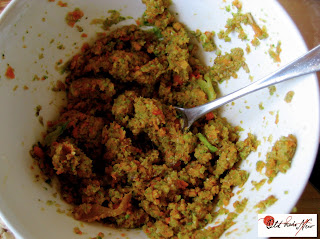 I spread the peanut sauce and veggies on to each flatbread. 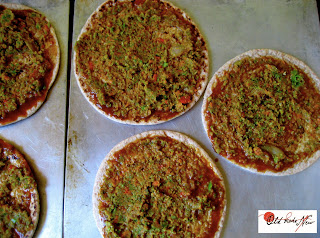 Then, I covered up those veggies with the chopped chicken and some mozzarella cheese. 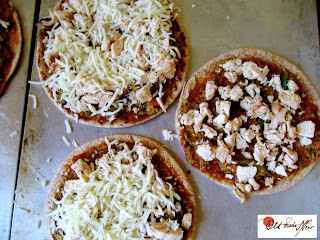 They're ready to come out of the oven after about 10-15 minutes at 425 degrees.  I added chopped onions, mint, and cilantro to mine and my husbands. 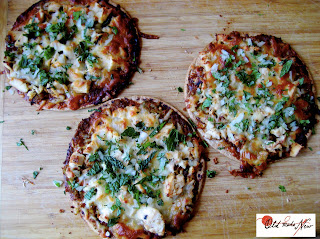 They were so good!  A six-pack of these breads is just a couple of dollars. I love being able to stretch out my groceries, use food rather than waste it, and cram a LOT of veggies into our pizzas.  I also use these for traditional style pizzas with leftover tomato sauce, bbq chicken pizza (same concept but substitute bbq sauce for peanut sauce), and chicken-spinach-pesto pizza all the time.
Posted by Natalie at 12:59 AM No comments: